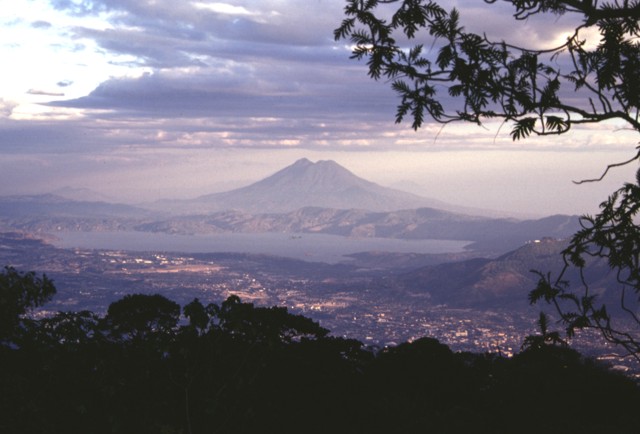 I’m having a good time here, and it has all been in line with my plans and expectations. Over everything , it’s good and refreshing to be back in my side of the world – the spontaneity, the “closeness”, the shouting 🙂

Traveling Out of Comfort Zone

I took the first of my mini-trips out of Panama ten days ago, visiting Belize and El Salvador. I went to the backpacker island Caye Caulker and hired a tour to see multiple places around San Salvador. It was great.

But I almost didn’t go. The week before, I’d a strange case (at least for me!) of “I don’t feel like traveling”. This wasn’t because of any specific reason, but I could guess the feeling came in two ways – a) places like Belize or El Salvador are often ranked as the most dangerous non-warzones in the world, and b) I just wasn’t excited about any of the two places.

It was one of those few times I forced myself to go. (Clearly a First World Problem – “Oh no, I need to go to Belize”, don’t hate me guys, but read on ;)). I’m glad I did go– I had a very good time, and I noticed – after the fact, mind – that I really needed the time to pause, reflect, and refocus.

I was afraid of going to El Salvador and Belize as anyone of you would. The two countries are, at least in the statistics, very dangerous. Lots of gangs, homicides, etc. I had heard plenty of stories too.

If you Google “El Salvador Safety” or “Is Belize Safe?”, you’ll find hundreds of scary stories – people being robbed, stabbed, or even worse.

If you’re planning to go to any of those places, it’s easy to, when reading through all the comments and articles, to set your eyes and focus on the scariest stories and get second thoughts about your trip.

I’m not new to this feeling. I was similarly worried before heading deeper into Palestine, or walking through Dar es Salaam or living in Rio de Janeiro. It’s part of the game.

But, while the threat is real, it’s often exaggerated. For example, I read stories about people getting robbed in Caye Caulker. I was there for a few days and can’t see how can someone get into trouble there – it’s a small island, with very few people, everyone knows everyone. You need to be either incredibly stupid, or unusually unlucky to get robbed.

I’ll write extensively on safety in my travel book (whenever that’s done), but in the meantime, note a few simple, effective tips:

But, regardless of how smart you are, or how many precautions you take, you still could get robbed, or go through a bad time. Sadly, the only way to avoid it is to stay home.

I’m in Panama – so, with Costa Rica, Belize and other nice places only a short flight away, I thought I would use the opportunity to go and roam around.

I’m not in a rush – I don’t have any specific, major travel goal at the moment (e.g. no “every country in the world before 35”, at least not yet), but, given the spontaneous opportunity I’ve here, I’ll try to see as much as I can.

Thing is, flights in Central America – at least out of Panama – are very expensive. I costs roughly ~300 EUR to go everywhere save Colombia and Costa Rica, which are not much cheaper to go to, mind. It’s more expensive to go from here to Guyana than from Copenhagen to Australia.

I would like to visit all the mainland Central American places I haven’t been to yet (Costa Rica, Nicaragua and Guatemala ) plus some more closer-by countries such as Colombia, Dominican Republic, Cuba, Guyana, etc. Thing is, if I would go to all those places, with weekend trips, at  ~300 EUR a piece, I would destroy  my travel budget. No honeymoon.

I thought I would’ve to lower my expectations, but then I found a loophole.. Take a look at this:

Flight Panama – Guatemala City (Return), with a 28-hour stopover in Managua on the return leg: 300 EUR.

It’s the same if you combine, for example, Costa Rica and Dominican Republic, and Guyana and Trinidad & Tobago. You can even combine and do different stopovers in each leg. It’s still expensive, but you get a lot more milage for the money spent. There’s plenty you can do in 28 hours.

With that, I hope you’re well and enjoy a good and exciting July.