How to Survive Nordic Darkness, Countries #102-105 and Japanese Update

Greetings from Esbjerg – the exciting (not really) industrial town in Denmark’s west coast.

Let’s get into it.

Life couldn’t be better – this year alone I’ve completed my most ambitious travel objective, got and work on a job I really like, got engaged, been going out a lot with friends, etc. It has been an excellent year across the board.

Yet, the last couple of weeks felt a bit … weird. I’ve been low energy, a bit in a bad mood, and a bit “sad”. Nothing big, but annoying situation enough that I noticed. After the mood stayed in for a few weeks, I decide to take a step back and ask myself – “what’s wrong with you, Mario?”

The answer is two-fold – one part dead simple, and one a bit more complicated.

Typical Danish, I didn’t see the sun for almost two weeks in October. That’s a killer, right there – but it’s also the deal when you live in Scandinavia.

You see, Denmark, Sweden, et al. are not really that cold in winter. It can easily be and it is normally is colder in places like New York, Beijing and even in the Balkans. Up here, the Gulf Stream keeps us “warm”.

The tricky part here is not the cold, but the darkness – for example, the average day in Copenhagen in December is only seven hours long (8.30 to 15.30), and of the seven hours, only 36 minutes, on average, are sunny.

If you get so little sunlight, you get less Vitamin D and many potential ills – e.g. “extreme mood swings”, It’s just not good.

This is a bit more complicated, and comes two-fold:

i) Less Busy at Work. I’m used to work at a high-tempo, and the last few weeks have been a bit relaxed. I work on a project-basis, and right now, though I’m on multiple projects, all of them are slogging through early stages, with limited work I can do to push them faster. I could use the spare time to do a lot more on my own business-side of things, but I didn’t want (yet).

ii) Undefined Major Objectives. I’ve a few good/exciting ideas for my next goals in mind, but I’m not 100% decided yet.

I noticed, though, that I work (and feel) better when I have a lot on my plate and a big mission. Interestingly, people like my hero Chris Guillebeau are the same – he had arelatively long period of “sadness” after he completed his 193-country quest. I won’t have a period as Chris’ – but it gives some perspective.

This last week, I got tired of the bad mood, and took decisive measures – one short-term, and one long-term

a) Getting Some Sun.

Screw it – I haven’t traveled for over two months (a record?), so it’s about time to hit on the road 🙂

I’m going to Lebanon in a few weeks and for four days – ideally visiting Beirut, Byblos, Tyre, Sidon and, maybe even Tripoli. In 2013 I visited the Levant and loved it, and this time I hope to bank the extra wisdom I’ve accumulated (e.g. I read a ton on the crusades lately) to enjoy it even more.

I love cruises. If you haven’t cruised before, I can’t recommend it enough – it’s dollar-for-dollar one of the best value deals you’ll ever get.

Adding to these two, I’ll go to Estonia in December (won’t help on the cold/darkness angle, though) and I want to squeeze another weekend in either Southern Spain or in South-West France. Let’s see.

b) There Must Be More Than Travel

I can’t be so dependent on travel, though. It’s a bit … unsustainable. I’ve the time and money, so it’s not an issue now – but if my winter sanity depends always on spending every second weekend out of home, there’s something that doesn’t work.

So, taking cue from Tim Ferriss, I made two changes to my daily routines:

i) Enter Sardines. I started having a can of sardines (packed in olive oil) for breakfast – this on top of the three or four eggs I normally would eat. Besides dragon breath for the morning, the can of sardines gives you 100%+ of your daily target of vitamin B12 (keeps you awake, high energy), 60% Vitamin D (the sun-vitamin), the famous omega-3 acids, plus a lot of other benefits e.g. healthier skin and anti-inflammatory effects.

ii) Evening Journal. I’ve been doing a freestyle version of the 5 Minute Journal every morning for the whole year, but couldn’t just get myself to do the evening round. In this case, I switched from my freestyle journaling to actually buying the 5 Minute Journal iOS App ($6 – ouch). The app can’t be more basic, but alas – it does the job. I’ve been journaling in the evening from my phone now too. Another chance to be grateful.

The two points above – plus a relatively sunny last few days – have been tremendous help. I feel more energetic. I feel healthier, happier and in a general better mood as well. Placebo or not, I’ll stick with the sardines – I just ordered 20+ cans to keep me through the rest of November. 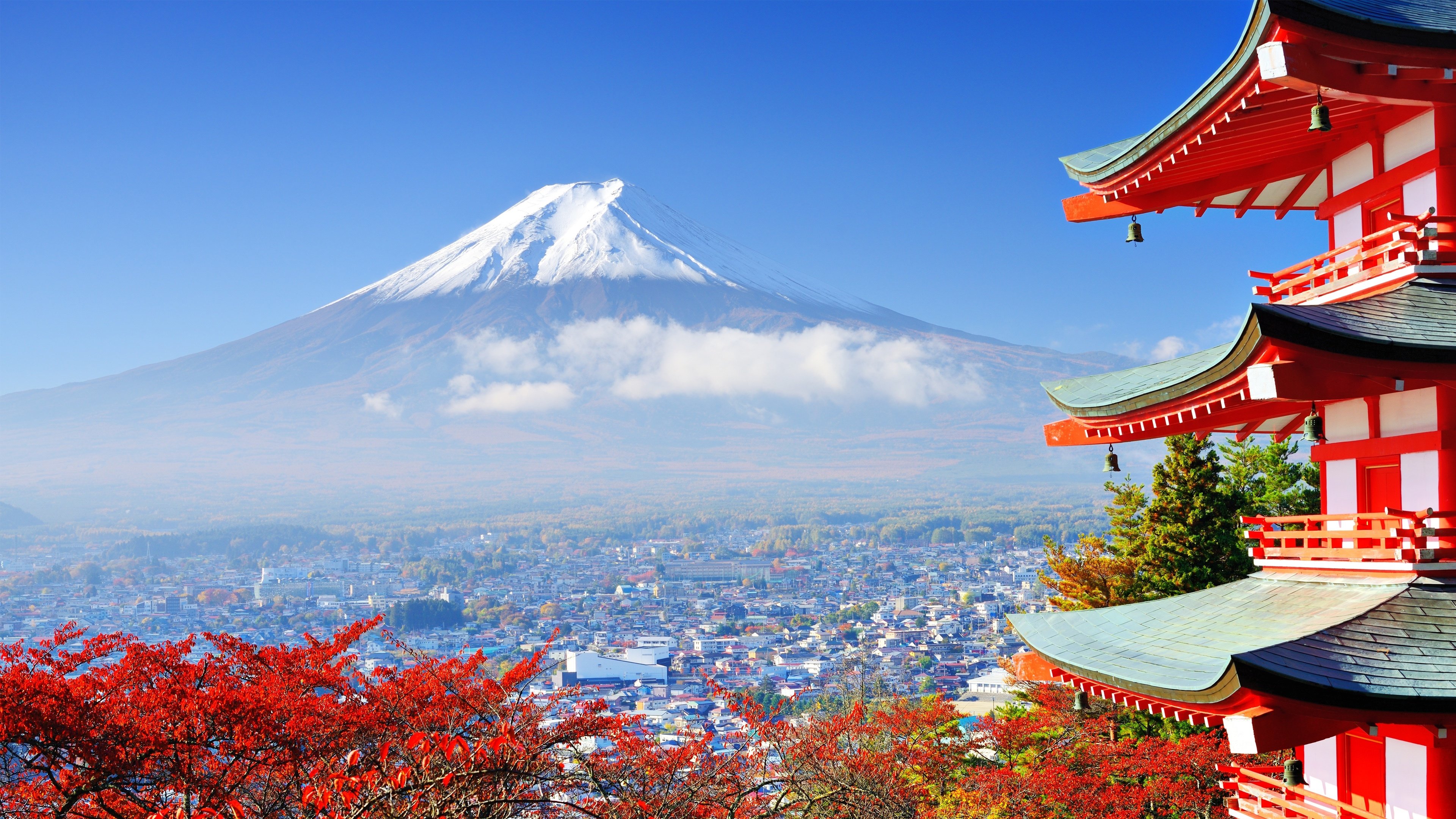 I’m 69% through learning all the Japanese Kanji. The score is 1.514 down, and “only” 686 to go. Incredibly, it appears as that I’ll make it to the end, before schedule and at a leisurely pace. Awesome!

While I won’t celebrate yet, I’ve made it far enough, and can share a few thoughts on what I think are the parts of the approach that are working:

a) Follow the Approach. I’ve been following the approach I wrote last time, verbatim. I’m using Anki, the NihongoShark cards/method, and adding images to the cards when I’m stuck, and doing at least 12 new cards every day.

b) Be Disciplined. In more than two months, I have never missed a day of review. I’m terrified that deviating just once could spiral things out of control, so I’m very strict – zero days off, regardless if I’m sick, or traveling, or it’s Sunday. Like with all habits, the first month was the hardest – but now, I’m in cruise-control.

c) Keep Expectations Low. I target only 12 new kanji per day, minimum. If I get those done and still feel fresh, I could do a few more – but often not more than 3-5 extra. I aim to be slow and steady vs. sprinting and potentially drowning on 300+ reviews per day.

(If I keep the above pace, I’ll be done by around December 28th. – right on schedule.)

d) Be Flexible. I’m reviewing cards on average 40-60 mins a day, spreading that into short bite-sized chunks through the day – e.g. ten minutes when walking back from the gym in the morning, five minutes when taking a break from work, ten minutes after lunch, a few minutes when waiting for the metro (if applicable), etc. The spread makes the task less overwhelming.

e) Have Fun. I couldn’t have made it so far unless I had fun doing this, and luckily I’m having a good time. I absolutely love everything-Japan – if this were a more “boring” language – Danish, for example –  I wouldn’t be as engaged (I know because I’ve tried :)) Also, this feels a bit of a game as well – e.g. I’m tracking my statistics, my “correct rate”, etc..

So, as it stands now I’ll be done in a couple of months, and then I’ll need couple more months (at least) to firmly get all the Kanjis into my long-term memory (from “young” to “mature” in Anki-speak).

In all cases, I’m amazed about how far I could go already – I fuc**ng learned 1.500+ kanjis in a few months. My old Japanese teacher would be jaw-dropping. I’m quite thrilled already thinking what to use Anki for next (don’t know yet).

That’s it from me for this month. In December, I’ll come back with the year-end classic – I’ll share with you my new-and-improved template and outline for conducting your own Annual Review. The template will help you go through the lessons of 2016 and plan for a kick-ass 2017.

Abrazos and all the best,

(If you’ve been forwarded this email and want to receive the next one, you can sign up here. Cheers!)