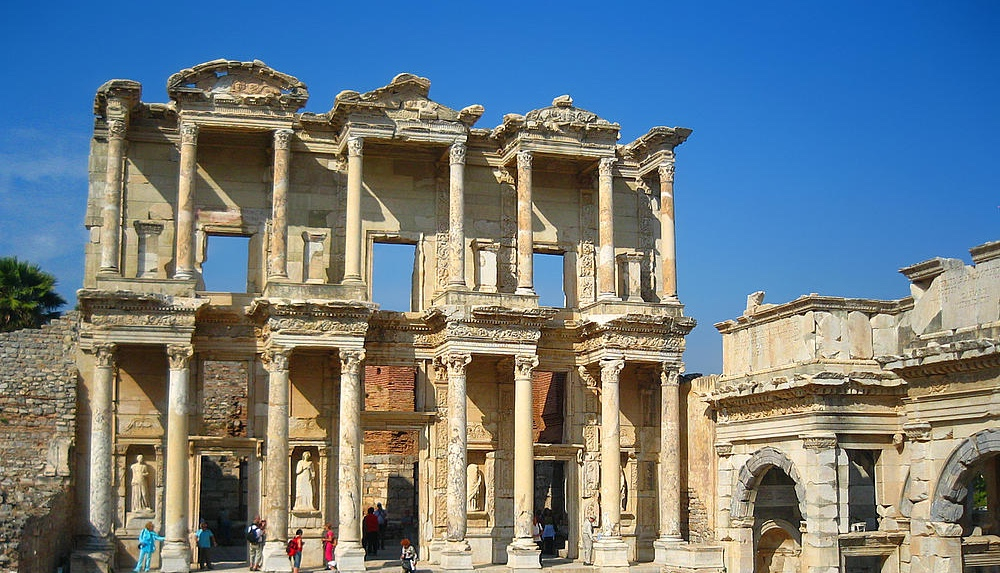 Greetings from the Anatolian Coast – I’m in Kusadasi, Turkey. I’m in for a friend’s wedding, plus using the opportunity to get some real summer and visit some Greco-Roman ruins. Good times!

I’ve been very busy with “day job” in August, so didn’t travel, nor could experiment that much. Still, I got a couple of things to share:

– How to Pick What to Learn (+ “Reviving” My Japanese)
– “Hacks & Secrets” vs. Common Sense, With Travel as an Example

How to Pick What to Learn

I’m an uber-geek. I love studying. I could spend days, weeks, and months just reading, studying and just learning.

The dilemma is that, as I like so many different topics, I find it hard to focus – I would like to learn everything, but alas, that’s not really possible.

In a bout of maturity, I decided to focus a lot of my time not learning something new, but instead use my time and energy to re-develop and enhance one of my many “dormant” skills: Japanese.

I have studied Japanese for three or four years in Argentina, and was pretty good at it, though “lost” most of it while I focused on new, more exciting skills and interests. Now I’m going to bring Japanese back, and I have a very ambitious timeline to do so.

In 2016, Chinese  – and not Japanese  – is the language to study. But here’s the trade-off – in my best times, I was pretty good at Japanese.

I couldn’t speak fluently, nor read the newspaper, but I was quite decent. Instead of starting from zero on Chinese, and taking many years to get good at it, it’s not unrealistic I could get to a very high level of Japanese within a year or two, provided I keep to the plan.

(It also helps that I love Japan and everything-Japan. I don’t feel seduced by China in the same way ;))

If I were 21 or 22, I might take the harder road. But, as I pile on a few more years, the opportunity costs are higher – and the advantages of picking up something half-learn instead of an all-new skill are bigger.

So Japanese it is. The question to you, then, is:

What have you studied, or practiced extensively in the past, that you could and should pick up again?

If you want to spar about that, just write me an email – I’ll be interested to hear about you! 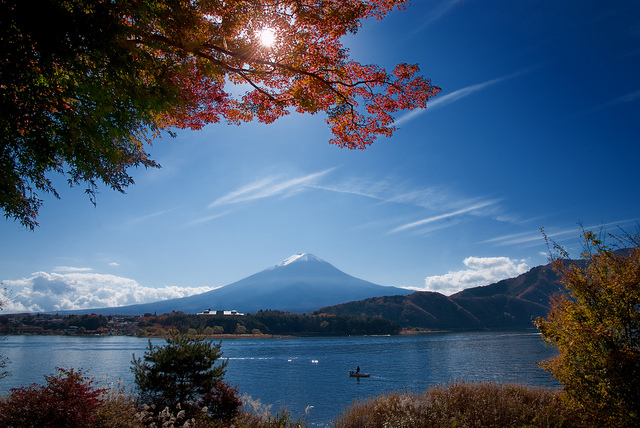 Learning All Japanese Kanji in 2016

So… Japanese. To start, here’s the deal – I’m using Anki to learn all 2200 Japanese Kanji – the ideograms, the symbols.

Anki is magic. It’s the closest thing we’ve to the brain-data dumping a la Matrix. It’s a spaced repetition system that, if you use it regularly and over the long term, will make you remember what you want to remember – be it Kanji, Danish phrases, works of art, guitar chords, or more.

Why All The Kanji

In my “peak” Japanese, I knew 300-400 Kanji,  and It took me a couple of years to get there. Now, I aim for all 2200 in approx. 5 months. The reason I can confidently say I can learn such a multitude of kanji in such a short time is the approach I’ll be using. I am:

– Learning all the radicals (also called primitives) first – these are ~120 kind-of building blocks for most of the ~2000 other ones,
– Learning only the meaning (in English or Spanish) of the Kanji  – not their multiple readings in Japanese,
– Training for recall – specifically, to be able to read, and not necessarily write, the kanji,
– Using the ‘holistic learning’ approach – using metaphors, images, and videos very aggressively and including them directly in the flashcards.

Anki, plus the four rules above, make the feat absolutely doable. I’ve seen people learning all kanji this way in as little as two or three months. In that context, giving myself up until December is not as crazy as it sounds.

And things are progressing – I’ve started the second week of August, and I’m, at the time I write this, up to 585+ (25%+) Kanji learned and reviewed. It helped a lot that I still remember quite a few kanji from the old times!

Ideally, I’ll aim to make it to 1.000 by early to mid October and then review the approach. If I’m still passionate, and if I still have the time to Anki, Anki and more Anki, I’ll keep going. I’ll keep you in the loop. 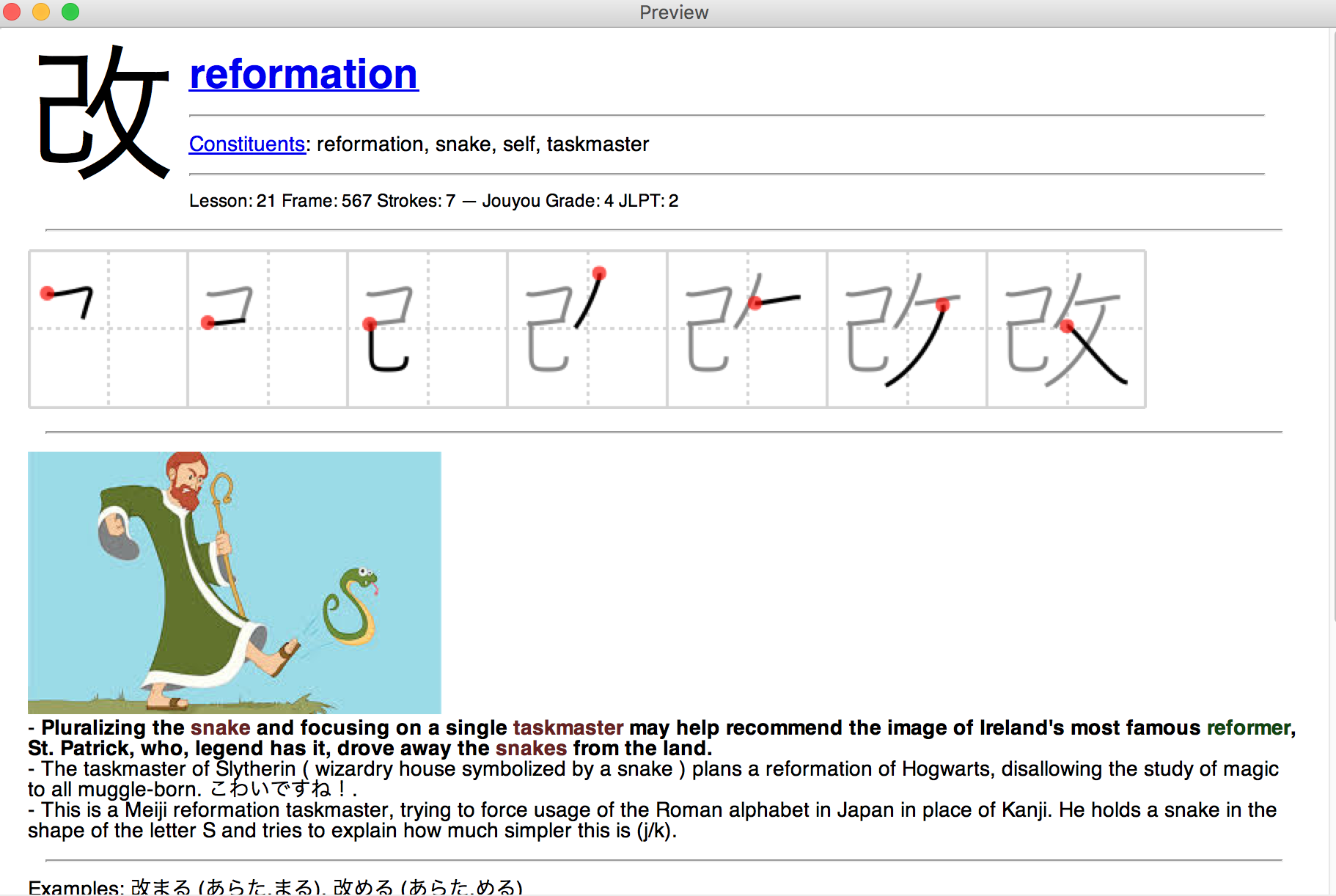 What to Use Anki For

Anki is a-ma-zing! It’s free for Windows, Mac, Android and as a web app. (So iOS users foot everyone’s bills). I’ve used it to learn hundreds of Danish words and phrases, to prepare power phrases for negotiations, to learn the PAO Memory System and a lot more stuff. If there’s something you want to memorize, I can’t recommend Anki enough!

If you’re curious, there are a multitude of free Anki decks – including the one I have using as a base for my Kanji experiment.

Last week, in a break from Japanese, I went to speak about traveling at a cafe in Copenhagen. I was about half way through my presentation when a guy, visibly upset, stopped me and pointed out, in angry terms, “this is all common sense”.

“It is”, I replied. The magic of my approach to traveling, I insisted, is that it is common sense. There are no secrets, it’s all simple.

After all, I pride on the fact that, coming from far-away Argentina, I managed to:

My only disclaimer is, always: I am relatively young, I have no kids, and I have prioritized travel. But I don’t have any special “secret”. 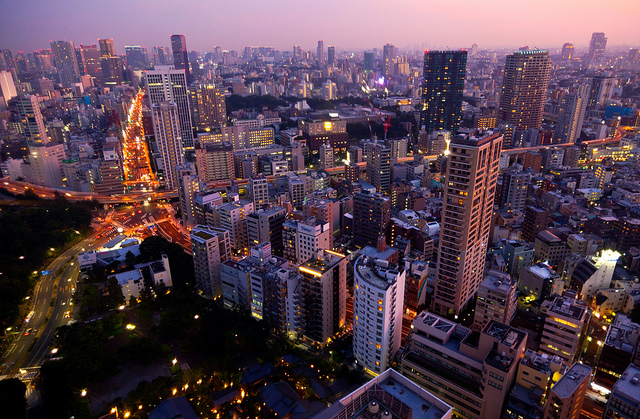 The Good Things in Life Simple, but Hard

I had so many people resonate with approach. The fact I don’t have a “secret” is what makes this approach interesting to them.

I present a simple, step-by-step process that almost anyone, no matter his or her situation, can follow up and use to travel more.

Thing is, the approach works – but, while simple, it is demanding. It is hard to follow through.

It’s not hard on the technicalities – it just a) makes you to prioritize travel over other activities, and b) demands you to work on it over the long term.

I always thought this is obvious. After all, you need both time and money to travel, and, all things equal, the time and money you use will need to come from somewhere else.

It would be naive to think otherwise.

But People Want It Easy

All the good things in life are hard. There’s never a “free lunch”. Things could, and most cases are, simple – but that doesn’t make them easy. Let’s go through a few examples:

I am willing to bet you money that if you follow the three one-sentence points above religiously until December, you’ll lose weight, land a better job, and learn a lot of Kanji. It’s as simple as that.

In this context, it will be tempting to look for the magic shortcut – but don’t fool yourself. Don’t buy “secrets”, or “effortless systems” – they don’t exist.

You can cut corners, or find the approach that best uses your limited time and willpower – see above my Japanese “system” -, but don’t be naive to think that you can get what you want without some hard work and sacrifice.

To get the good things in life – be it to travel to half the world, find your dream job, or whatever else, you’ll need to work diligently for it.

But that’s cool, though – if it weren’t hard, there would be much, much more competition, right? 🙂

If you’re struggling, that’s where my book The 21 Laws of High Performancecomes in – it gives the same simple, yet hard and long-term approach to install habits and routines in your day-to-day that will help you achieve your dreams and goals.

– Speaking of The 21 Laws of High Performance, I’ll send two signed, physical copies of the book to the first people to reply to this email with either a) a reply to the questions posted above, or b) any comments/feedback on the newsletters in general + what you would like to see more (and what less).

– I was supposed to move to Spain for six months – but it didn’t work out in the end. It appears I’ll have to deal with one more cold, rainy and dark Scandinavian winter once again. Oops.