The #100 Country Is… + Business Class Upgrades and Morning Routines 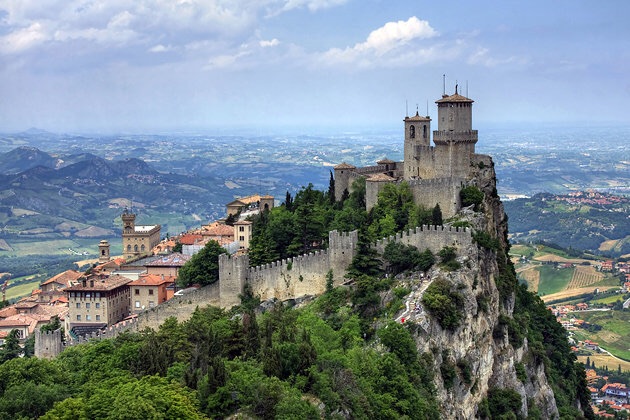 (Where’s this picture taken? Write me an email with your guess (country, place) and if you’re right I’ll send you a postcard from Copenhagen! ** Five people guessed last month!)

I write this from beautiful Bagan in Myanmar – the city of 2.000+ temples. I’d a crazy busy March with lots going on, including a spontaneous visit to Argentina. Now I’m zooming out with a quick tour of old Burma and a couple of days in Singapore.

– There’s a winner for the #100 Country Vote!
– Forget airline miles – airline status is what matters
– My two-hour Morning routine, version 2016

India! This means I’ll be heading to the Taj Mahal (or some other place!) around May or June. I’m absolutely looking forward to it!

Thank you everyone for your votes! With over 200 votes in, the final results were:

– There were no major changes from last month. Madagascar kept pressure until the last minute, but it was not to be. But it got me excited – I’ll pay a visit to the big island either later this year or in 2017.
– I’m in Myanmar this week (#98), and, as thing stand today, I want #99 to be Iran, but only if I can squeeze ten days-ish out of my schedule in April. If I can’t, it will probably be Serbia.

It took me almost a decade, I’ve finally discovered that it’s not the miles that matter, but the airline status. If you’re only silver in a major airline, you can expect:

That’s just silver. If you’re gold or platinum it’s even better. If you fly as much as I do, this really adds up!

I’ve been bumped up from economy to business class twice this year alone. In a long haul flight, business class it’s a whole different world – not only the seats go completely flat, but you’re also treated like a king. It’s awesome, especially when you don’t need to pay extra for it!

I challenge you to get to silver in 2016. It’s quite straightforward: all you need to do is to take 2-4 return long haul flights with the same airline alliance within one year. If you do that, you’ll most likely achieve the status.

While it’s hard to get to gold or platinum, to get to silver is not – you don’t need to be such a frequent flyer, and at that tier you get the benefits I listed above.

Your First Steps to Silver

There are three major airline alliances: Star Alliance, One World and Sky Team. You should register for a frequent flyer program in an airline within any of the three alliance, if not for one in each. There’s no better or worse program – sign up to the one you expect to fly the most with.

I’m registered in One World and Star Alliance and have gold status with Qatar (One World), which is partnered with British Airways and Iberia, two airlines I’ve recently been using regularly as well.

Look for which is the best deal in your specific case and start collecting points. If you need help choosing the right program, write me and email and I’ll try to help!

I’ve had a one and a half to two hour morning routine for around six years.

Whatever “success” I’ve been having since, I credit to the morning routine – it’s the one anchor that keeps me strong physically, emotionally and mentally in good and bad times and during the most stressful and intensive periods.

I’ve written about it in The 21 Laws of High Performance, but that was a year ago and, as I also wrote in the book, I continuously experiment and add new things while removing others.

(Yep, I’ve really been doing this every morning for the past six years. These days I keep a 80-90% success rate on the whole thing, as there are a few days that for one or another reason I need to wake late and screw it all up)

This has really helped me and still does. Kudos to Eben Pagan for introducing the routine to me.

If I can, I’ll shoot here in Bagan a couple of videos explaining the routine in depth. If this is something you might find interesting, just go ahead and ping me.

That’s all for now. I hope I’ll have a couple of cool things to share in April, so stay tuned!

As always, do write me in case you’ve any questions or just want to say hi. If you got forwarded this email, you can sign up for the next one here.

** – I’ll send up to 10 postcards – first come, first served. If you won one last month I’ll send you a Kindle copy of my book instead.